Amanda and Dougie at Inglewood Manor 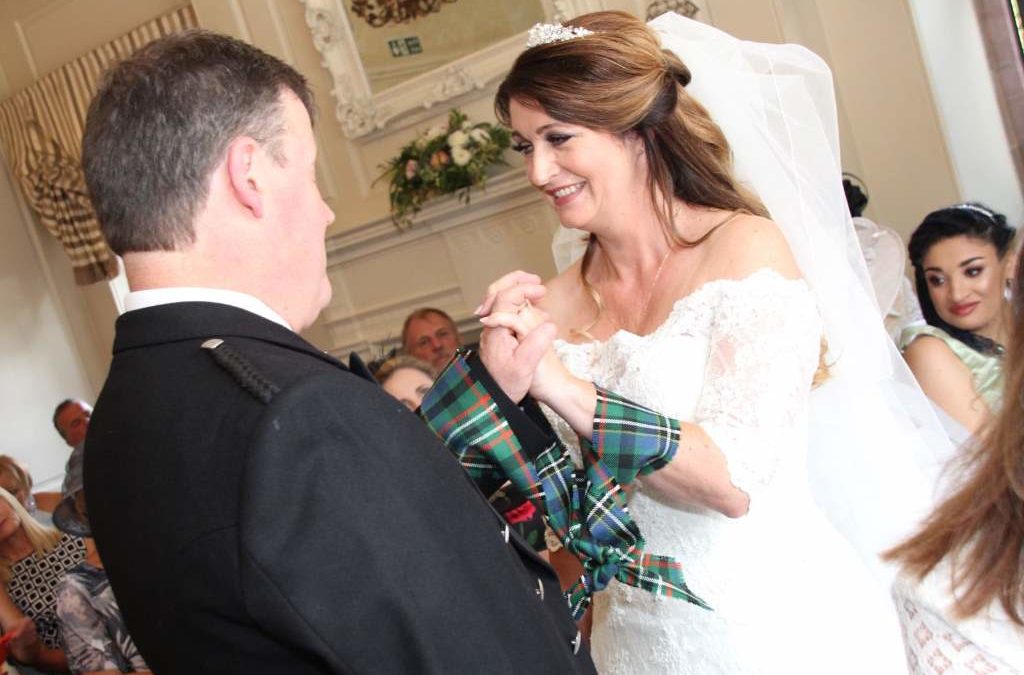 Amanda and Dougie are a great couple who wanted a non-traditional ceremony, a re-imagining of the traditional ceremony format. Blending English and Celtic wedding traditions. As we got to know each other and talked about their dream wedding, I could see them beginning to get excited when the reaslisation dawned that their vision could become a reality and together we began to create a ceremony that celebrated their love and commitment to each other in ways that meant the most to them.

Waiting to marry the love of his life, proudly dressed in his traditional Scottish kilt and patiently waiting for his bride to appear when the strains of a Scottish piper playing The Skye Boat Song reaches his ears, as if he wasn’t emotional enough! Dougie had no idea that Amanda had booked a piper, in she walked on her dad’s arm, radiating happiness and stunning in a beautiful traditional wedding dress with veil.

Then it was Dad’s turn to be blown away and more than a little emotional, as Amanda had taken the opportunity, through me, to tell her Dad just how much he meant to her, “Amanda says that her dad Brian has been a solid, strong presence in her life, a wonderful Dad who is fun to be with, he looks after her when she is in need of support”. Lovely for him to hear and not a dry eye in the house. 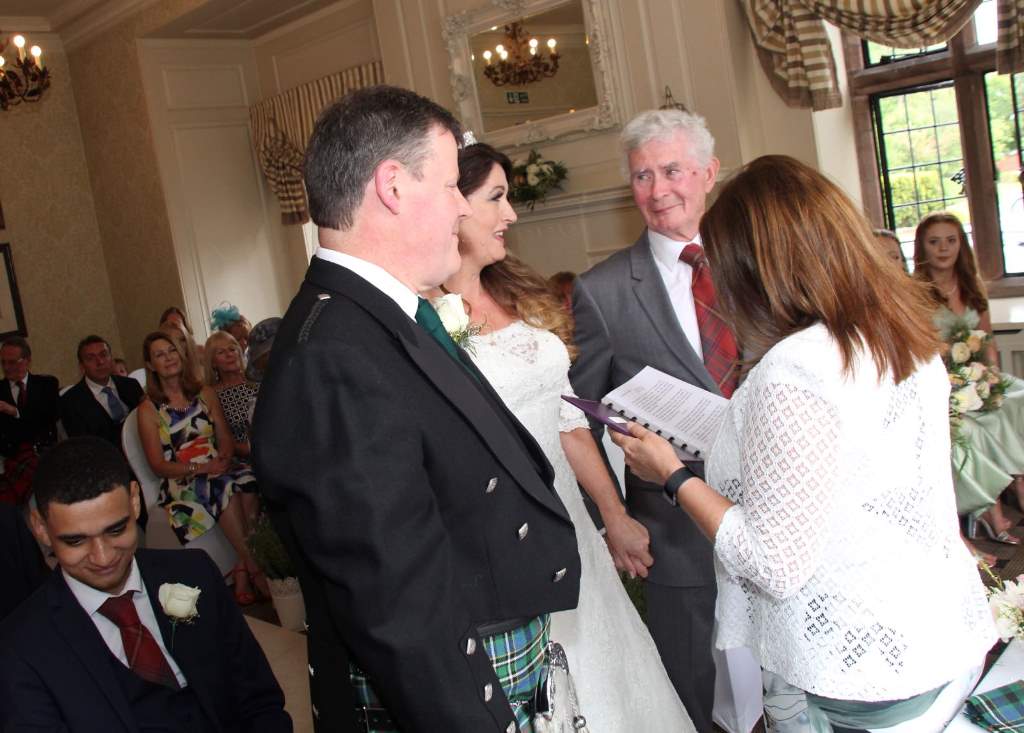 Wedding days are emotional occasions anyway and even more emotional when those we love cannot be with us for whatever reason. When parents are no longer with us, the emotion can feel extremely raw and it was very important to Dougie that we include his parents in some way. One way to honour people and to feel their presence is to light a candle, its flame casting a warm glow throughout the ceremony, symbolic of their presence and warming us with their love. It was a touching and beautiful way to remember the light that they brought to his life and to help him to feel that they were with him in spirit on his special day.

Amanda’s Son Tom, proudly read an adaptation of Corinthians 13:4-8 for Amanda and Dougie on behalf of his family. Love is patient, Love is kind, it does not envy,   it does not boast,  it is not proud, it does not dishonour others,  it is not self-seeking,  it is not easily angered, it keeps no record of wrongs, Love does not delight in evil, but rejoices with the truth, It always protects, always trusts, always hopes, always perseveres. Love never fails 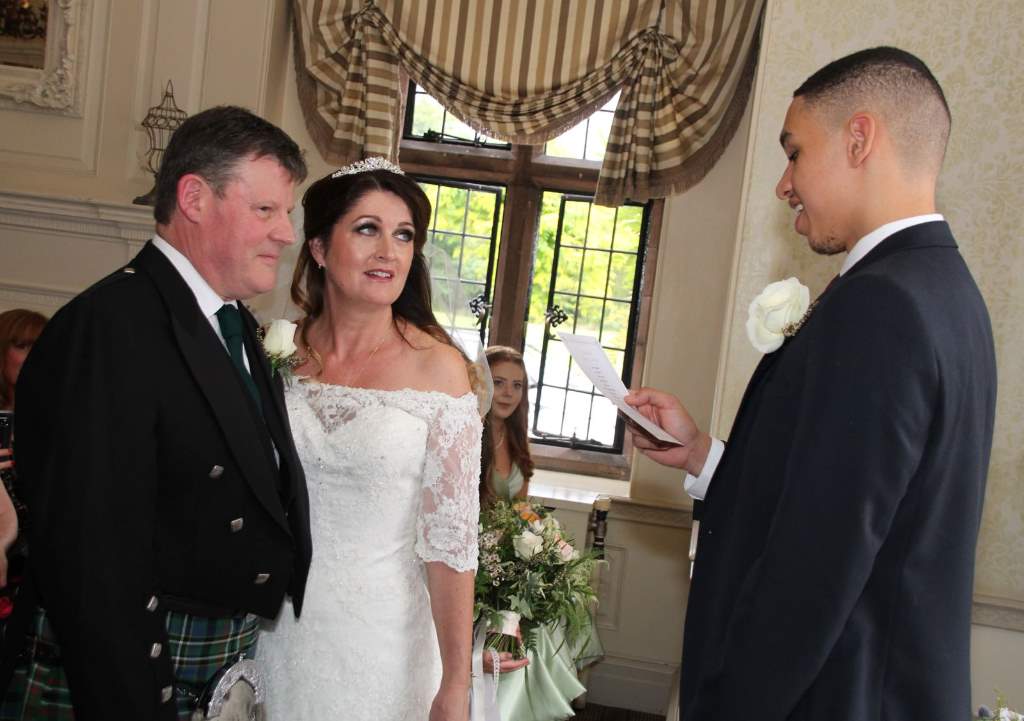 Everyone enjoyed listening to their story, especially the part where Dougie proposed. ‘In December last year the couple went on holiday to Iceland, and Dougie had been making plans… one of the places that he took her to was the Iceberg Lagoon, a magical place with a black volcanic beach that was scattered with chunks of ice that had broken from the glaciers. It was spectacular, the ice glinting against the black sand looked like diamonds in the night sky, ethereal and so beautiful.  Amanda sat on a piece of ice that had been sculpted by the lapping waves into the shape of a toadstool. It was the perfect moment, despite his nerves and the cold he got down on one knee in the wet volcanic sand and proposed, of course between her excited giggles it was most definitely a yes! Amanda says that it was an amazing feeling and what a place to be proposed to’.

When it comes to the most important part of the ceremony, the vows and promises that we make to each other  can be just as unique as the rest of your ceremony and you don’t have to both say them in the same way, Dougie said his to Amanda in the form of a poem. A Red, Red Rose by Robert Burns, spoken softly with his Scottish accent was just perfection. Amanda wrote her own and spoke them to Dougie and hers were also meaningful, beautiful and heartfelt.  The rings had extra special meaning as Amanda’s has been made out of her Grandmas wedding and Engagement rings and Dougies has been made from his mother’s gold and some of Amanda’s. They each hold precious memories and echoes of each family’s heritage, their blending not only serves as a reminder of those they love but also the promise of a bright future and the merging of two families. 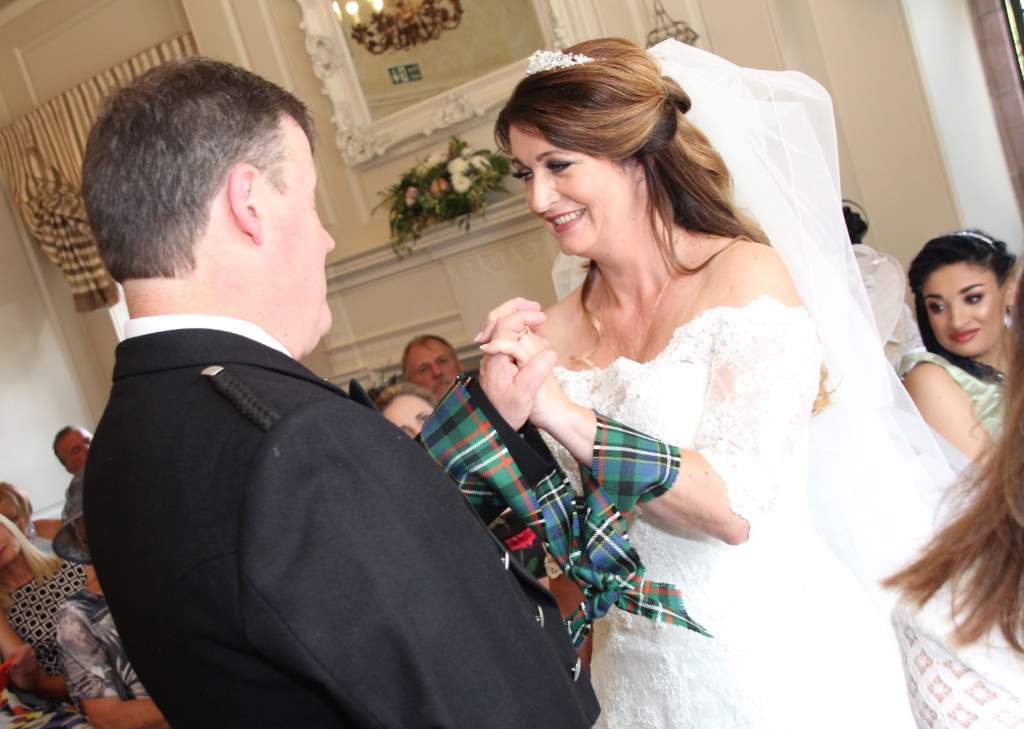 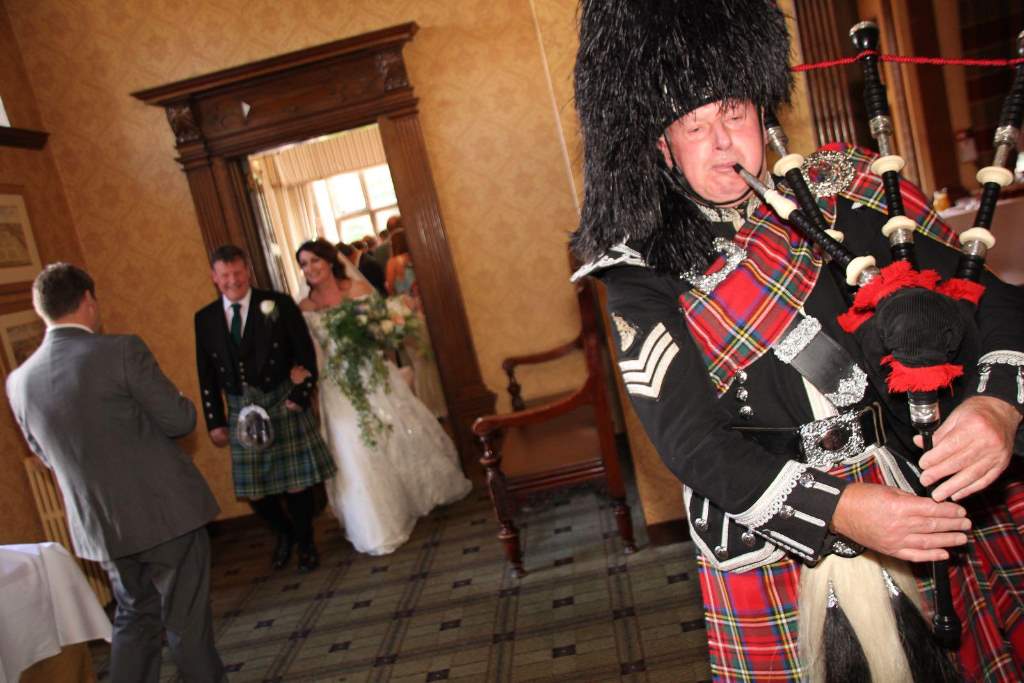 The Ties That Bind

Dougie and Amanda wanted to honour their spiritual and ancestral roots. Both have Scottish and Irish ancestry, include English into the mix and we had the opportunity to craft a ceremony that inluded everyone’s heritage. Their cultural traditions were of the utmost importance, so we had the traditional English format for the ceremony, Rings, vows etc, blending with Celtic Customs in the handfasting and bagpipes. Their wedding stationery, which they had designed to include an English white rose, a Scottish thistle and some Irish shamrock, you don’t get much more inclusive than that… Amanda and Dougies handfasting fabric was the Scott family tartan. They joined hands and with their hands, their hearts…  looking into each others eyes, palm against palm, in a beautiful representation of their love and strength, I could almost feel them holding their breath, and holding my breath with them.

This was the moment that meant so much, the moment in which their hearts, already joined, became as one…  spoken words of love, commitment and devotion, souls joined for all time and beyond… their ceremony ended with cheers and congratultations as the piper piped them out to what else but Flower of Scotland.

Hi Liz, I’ve got a few comments for you from our guests, everyone thought the wedding was amazing !! They especially loved the service which had everyone in floods of tears! They loved “ our story “ part of the service and of course the beautiful hand fasting. Most people were unsure when I told them we were having a celebrant to conduct our service, even Dougie, but after they had seen it for themselves everyone said what a wonderful truly meaningful service it was, that was very personal and moving. My favourite part was Dougie reading his poem/vows and the hand fasting. Dougie of course enjoyed the piper which was the hardest secret I’ve ever kept.
I can’t thank you enough for conducting our service it was more than I could of ever imagined, and were both still over the moon with the whole beautiful day xxx
Amanda and Dougie Scott

To Amanda and Dougie for being easy to work with, for opening their hearts and sharing their innermost dreams,

To Mark Lloyd – Pure Pictures for the fab photo’s

The team at Inglewood Manor for just being great 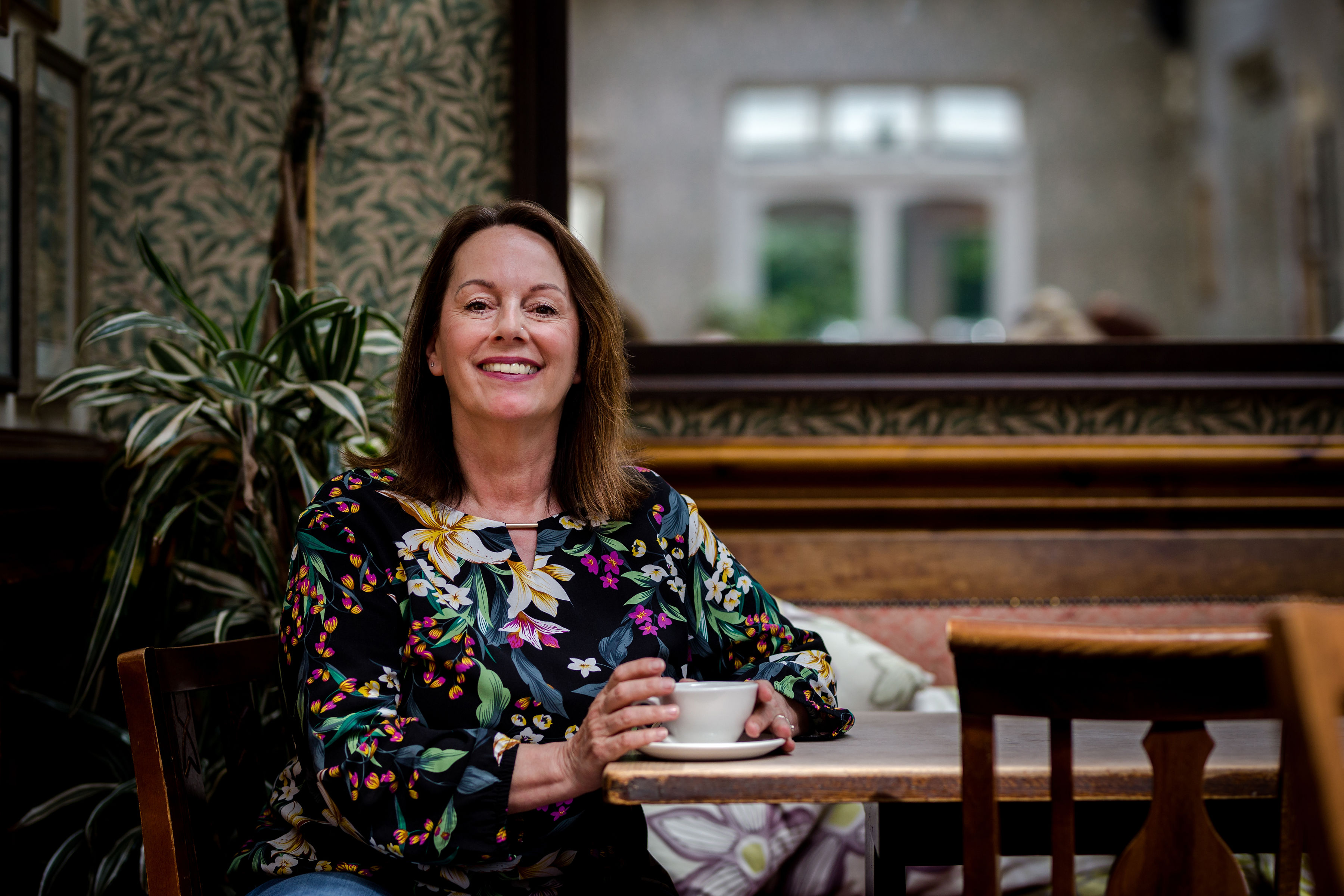 Liz Thompson is a Family Celebrant based in Manchester in the UK and working across the North West of England, Liz creates unique and personal ceremonies and services for life events such as Weddings, Civil Partnerships, Baby naming, Vow Renewal and many more. 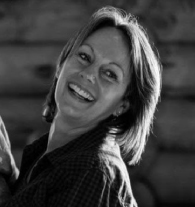 My name is Liz, I am a wedding and family Celebrant based in Manchester and I would love to help you to create beautiful and inspirational ceremonies that bring your stories to life. READ MORE 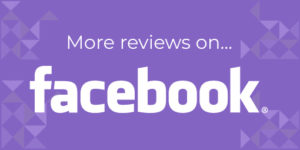 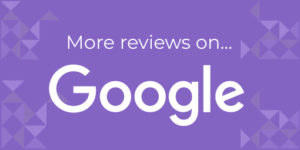 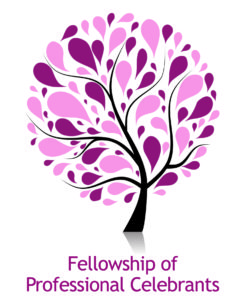 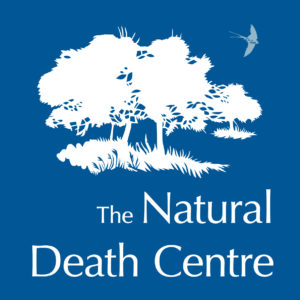 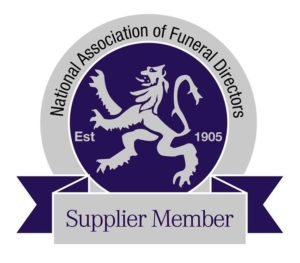 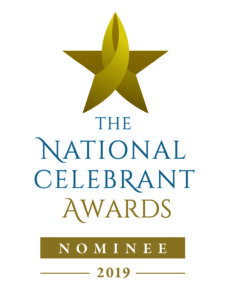